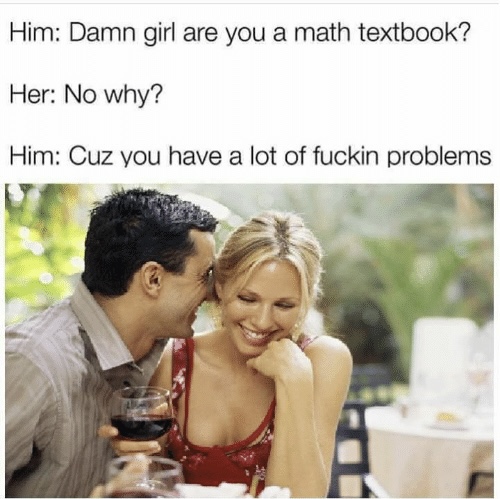 Bitches are dumb. It’s me, I’m bitches. It’s a mental illness to do the same thing over and over and expect different results. THIS IS EXACTLY WHAT THE FUCK I DO WITH MY LIFE AND THEN GET MAD WHEN I DON’T GET DIFFERENT RESULTS! That my friends is crack head behavior, and I don’t even do crack. I don’t even do drugs anymore so what is the reason? Well, I have a confession to make; I find comfort in sadness and depression. That sounds wild right! Even I can admit it sounds crazy but listen call me crazy, but at least you calling. No but really I came to this sick realization the other day after my 805th mental breakdown last year. Now 2020 was a hell of a year but there is no reason for me to be as sad as I was all the time, its giving dramatic.

I think a 5150 is needed when it comes to me a lot of times. I feel bad for the man who finally ends up with me (if I ever find one) because I am A LOT. Why nobody ever told me, like sometimes it really don’t even be that bad. Sometimes it just feels that bad. Then I will look back and tell myself, sis YOU DRAGGED THAT. A lot of the times I put myself in the situations that cause me pain and then I am big shocked when the consequences of my own actions show up to come get me. LIKE DUHHHH SIS YOU SET THAT UP TERRIBLY. How you gonna build a house with no foundation and then be shocked when it falls apart?

​My therapist said that I find comfort in rock bottom because I know I can’t get any lower than that. In fact, when I am at rock bottom is when I tend to thrive because when you’re at the bottom you can only go up or stay where you are. When you start to rise up that’s when you can fall and hurt yourself and I am afraid of pain. I despise the constant cycle that I put myself into of depression, dragging myself out of depression, just to drop myself back into it again when I get scared. I freeze up like I have stage fright or like a deer in headlights. It’s like as much as I despise the never ending cycle I put myself into, I fear failure and getting hurt more.

​Yet and still, the irony of it all is that even though I fear failure and hurt so much that is exactly what I end up causing myself all the time. I’ll date a man I have no business even speaking with and then run through the house like I’m on Maury and I was just told none of the seven men I brought as potential dads are the father, when the situation ship doesn’t work out. If you keep putting yourself in the same position you will get the same results. I keep saying it over and over again because I think the more I say it MAYBE one day I will actuallyunderstand it because for some reason it is still not clicking. I think maybe I’m color blind because those red flags sure do look green to me.  When the sign says stop in my head I’m like oh okay, go? No you stupid bitch STOP. Now look at you crying in the shower AGAIN all cause you don’t fucking listen. I am tired of myself.

I have this problem with self forgiveness right and so because of it I beat up on myself so much. My highs are amazing but my lows are horrid. The way my mind works would absolutely scaremost people. That shit be moving faster than Spanish music, in fact my entanglement often looks at me and asks me what’s on my mind because he “ knows I’m thinking about something”. I normally tell him “nothing” but it’s seldom anything, it’s always something. I often think that I don’t need anyone else to talk down to me because the lord knows I beat my own self up like a Caribbean parent after their kid has a bad parent teacher conference night. I sometimes think that due to my past transgressions that I do not deserve love or good things but I try my hardest to change the tone in my own mind, because I am atrue believer of the way others treat you starts with the way you treat yourself.

In a world where social media says you need to be perfect, I find myself comparing me to other women a lot more lately like wow I wish I had this and that. I wish my lips were bigger like hers, my stomach flatter like hers, my face as pretty as hers, etc. Its not jealousy though because I feel no ill will towards the other person, in fact it takes a beating on my self esteem instead. I always have to remember that everything happens in its own time and this is their time and not mine. Its hard when you’re in it though because you cant see a way out and you cant see a way to win.

Often times I have to remind myself of a time that I was in it and couldn’t see a way out, a time when I wanted something so bad that if I got what I wanted I would have been held back from greatness. I like to think about when I was fired and I literally wanted to die. I didn’t know what was next and I didn’t know where to go. I was so hurt and so angry and so confused. It was if my world stopped but yet no one else’s did, everything else kept going and I felt left behind, as if I was drowning. When I finally figured out how to swim, I realized I needed that because fast forward to now. The Panasonic (Pandemic for my folks who are slow and don’t understand the joke) happened and everyone I knew at my old job got laid off so even if I hadn’t gotten fired when I did, I would have eventually. I mean I got to enjoy life I had some fun got to work out and be a foodie and start my business all things I wouldn’t have been able to do had I gotten fired later. Not to mention I got a new job in the middle of a panamera AND I even got my dream apartment that I literally have envisioned since I was a child. I have been in the apartment for a month now and I am still in awe that its mine. I am still in awe that I did it and I got it. Whenever, I cross something off of my bucket list I feel like superwoman. So the point Is sometimes you may lose the battle but win the war. A lot of times things don’t happen just as a coincidence they happen with a purpose and whether you see that purpose in that moment or 10 years later, you will see it.

So yes DAMN A BITCH MIGHT BE A MATH TEXTBOOK, CAUSE I GOT A LOT OF ISSUES but I’m fucking working on it be patient with me. Damn.